This is the latest line in self assembled personal safety wear when in local combat areas, a must for all potential insurgent troops who are missing that critical piece of safety wear.

It is particularly designed for its present area of operation due to the flexibility to allow air to circulate. This collection is also particularly in vogue due to the recycling element involved.

Made by the people who brought us .. the Pyramids.... The Sphinx ...and that lighthouse near the sea, Mummies and endless movies with Harrison Ford ...yes those designers of high repute .. The Egyptians.


I shall guide you through these pieces of registered non standard army kit:


Your classic 1979 ‘Tribottle’ helmet – a must in any type of combat aditional use is it can keep the brain box cool and add extra impact resistance, if only he had not thrown the bottle tops away --- rookie mistake there. 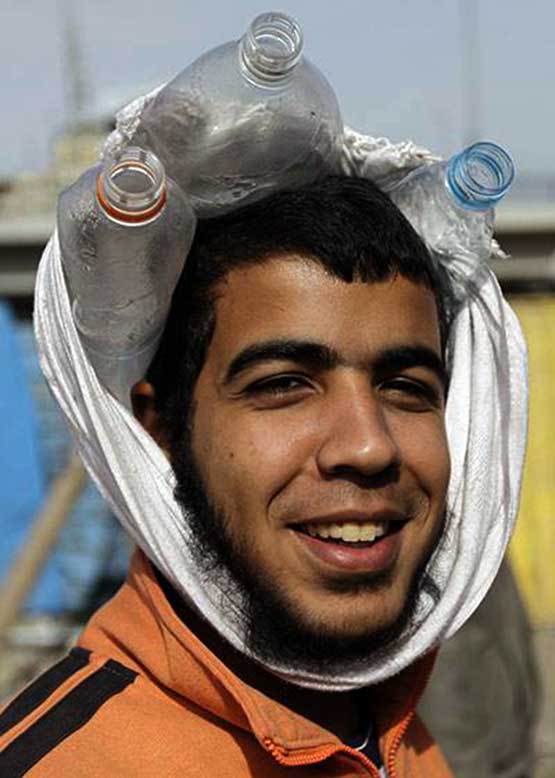 A late 80’s ‘boxhat’. The bloke next to him doesn’t appear too sure of its safty qualities or is shy because he forgot his at home !!. 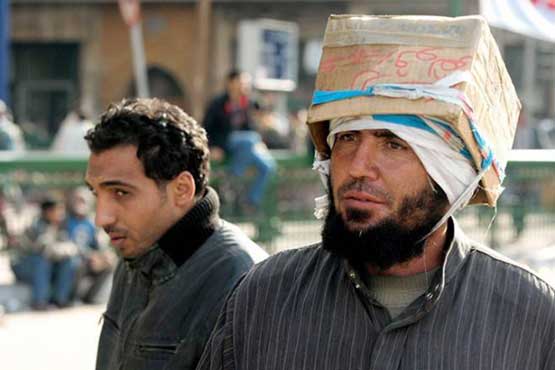 A renaissance period piece of brickwear teamed with a black and cream scarf. Textbook 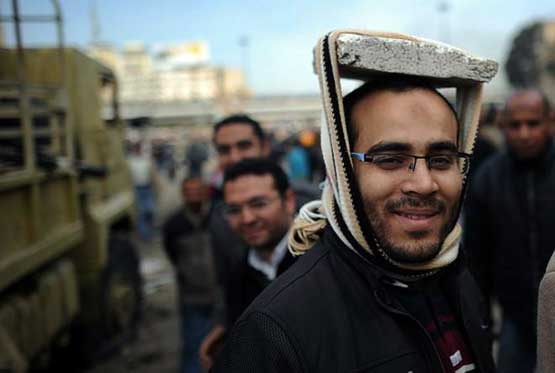 I'm not sure that tuna sarnie he is about to lob is gonna cause to much destruction.

I personally love the fact he needs to lift it up to see – does he spend the rest of the time walking in to things?

Maybe the slit was meant to be across not down ?

The guy behind goes all butch "commando" style although i am not sure of his technique in throwing missiles is up to scratch... looks a bit limp wristed .... yoo hoo ....catch this girls 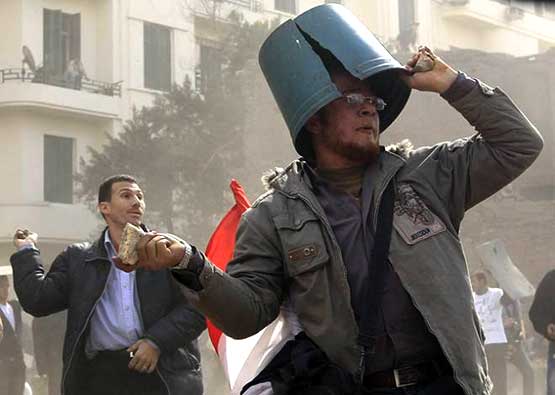 Textbook saucepan with lifejacket combo ( note the orange flash so the opposition can use him as a target in the dark !!.

The other guy is just hanging on to his nuts he does not take any chances!! 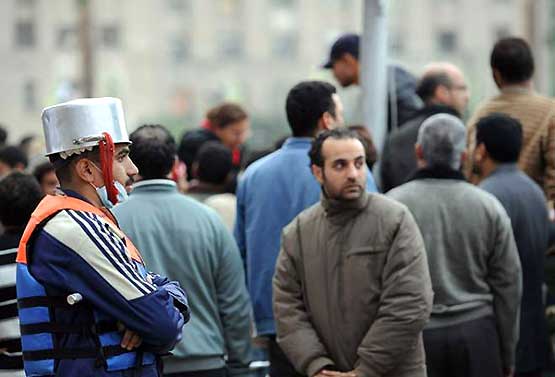 I literally have no idea what this is but what craftwork.

This has been identified now as a cement hod, to carry cement up to multiple floor buildings. 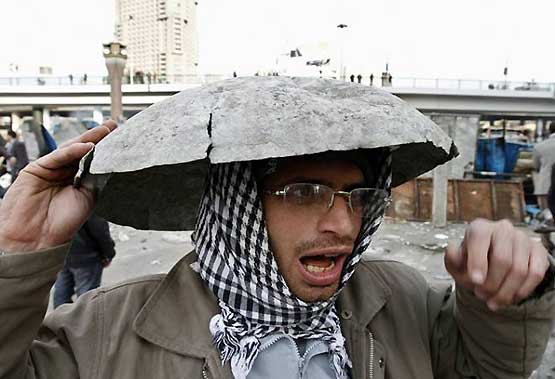 This bloke is going to war with 2 baguettes strapped to his ears and a ham salad roll sellotaped to his forehead. I’d def wanna be behind him if someone lobs a load of bricks at me. 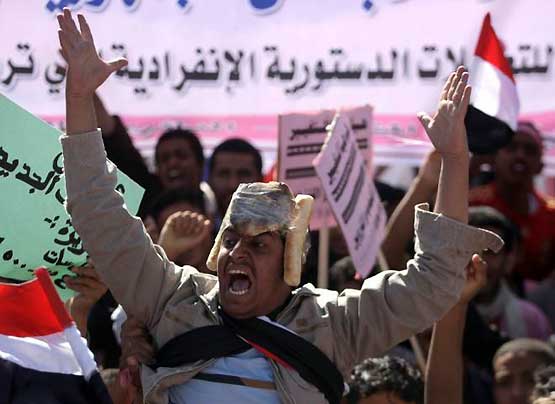 
Quotes for Today:
That which discloses the wise and disguises from the foolish their lack of understanding.
Ambrose Bierce (1842-1913)

The ability to speak doesn't make you intelligent !