Monday 27th January 2020 - 10:10:42
Tommy Cooper was a comedian's comedian. The main reason was because he broke every rule in the book. Other comedians would like to have tried what Tommy did, but only he could attempt the outrageous and not only get away with it but also turn the outrageous into his signature tune. Jokes going deliberately going wrong became his trade mark, but there are other subtler things Tommy Cooper did that lesser comedians cannot, for example repeating a joke once he got the first a laugh. 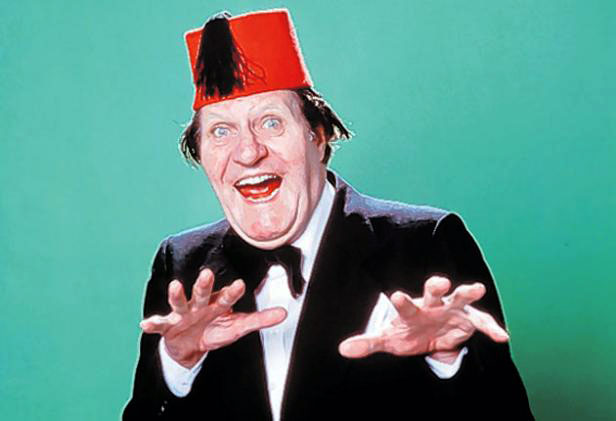 "I had a meal last night. I ordered everything in French, surprised everybody. It was a Chinese restaurant. I said to this Chinese waiter, "Look, this chicken I got here is cold."

He said, "It should be, it's been dead two weeks."

I said, "Forget the chicken, give me a lobster, and he brought me this lobster. I said just a minute, he's only got one claw."

I said, "Well give me the winner."

A man goes into the doctors.

The doctor says, "Go over to the window and stick your tongue out".

He said, "I'm very sorry, sir, we only serve kilos in here."

I said, "Okay then I'll have a pound of kilos."

I said “You’re pulling my leg”


Quotes for Today:
When women kiss it always reminds me of prize fighter shaking hands.


Whenever you are depressed and think that you've lost, remember you are the same sperm that once won the battle To survive among millions of your kind.


Why do men fart more than women?
Because women can't shut up long enough to build up the required pressure.