Friday 19th August 2022 - 16:01:14
Billy calls the internet 'The Great Anorak in the Sky'.
'You know why those people are on the internet?' he asks. 'Because you wouldn't speak to them in the pub, that's why!' Billy has sent one email in his whole life, to Eric Idle. He knows there's a reply for him somewhere out there in the electronic cosmos, but he's b******d if he can remember how to retrieve it."

It seems to me that Islam and Christianity and Judaism all have the same god, and he's telling them all different things. 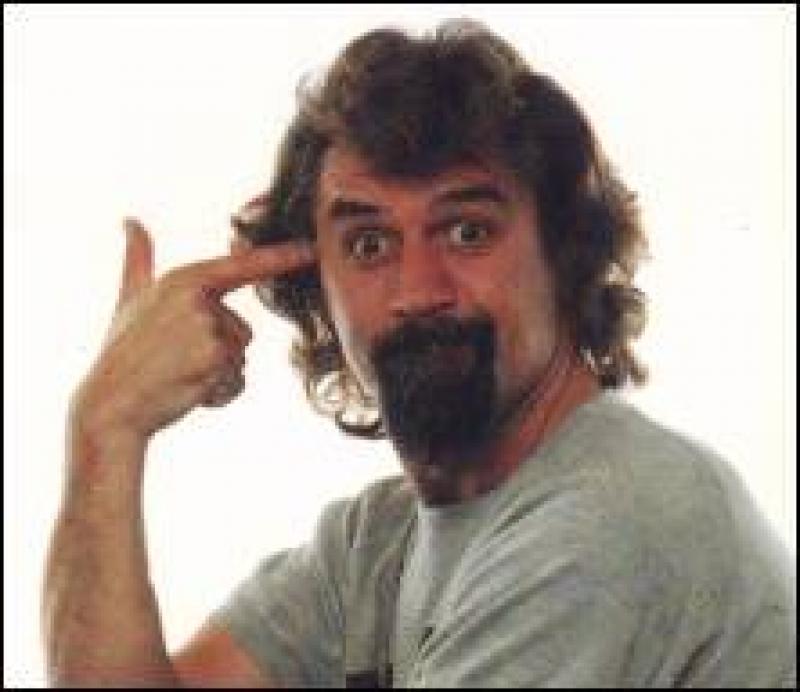 Never trust a man, who when left alone with a tea cosey... Doesn't try it on.

I've always wanted to go to Switzerland to see what the army does with those wee red knives.

What always staggers me is that when people blow their noses, they always look into their hankies to see what came out. What do they expect to find?

Marriage is a wonderful invention: then again, so is a bicycle repair kit.

If Jesus was a Jew, how come he has a Mexican first name?

There are two seasons in Scotland: June and winter.

I think my securities far outweigh my insecurities. I am not nearly as afraid of myself and my imagination as I used to be.

I have been made redundant before and it is a terrible blow; redundant is a rotten word because it makes you think you are useless.

The great thing about Glasgow is that if there's a nuclear attack it'll look exactly the same afterwards.

I've always liked it here. Part of me is Irish. . . . My family comes from the west coast, so whenever I come to Ireland I get a wee tingling in my heart that I'm where I belong.

My parents used to take me to the pet department and tell me it was a zoo.

I'd always been scared of people with tertiary education and high intellects in case they found me wanting. I thought they viewed me as just a welder who knew a few jokes.

I'm a citizen of the world. I like it that way. The world's a wonderful. I just think that some people are pretty badly represented. But when you speak to the people themselves they're delightful. They all want so little.

I loved Japan. I used to read a lot about it when I was a child. And I always wanted to go. And it was delightful. I absolutely loved it. What a smashing place.

I'm famous for my bottom dances, but you'll only see my bum and willy if you raise a million pounds within an hour.

American sex shops are the most bizarre. They sell these inflatable dolls, but they also sell just the head -- supposedly for people to drive along the highway with.

I don't believe in angels, no. . . . But I do have a wee parking angel. It's on my dashboard and you wind it up. The wings flap and it's supposed to give you a parking space. It's worked so far.

Fame is being asked to sign your autograph on the back of a cigarette packet.

I think that you'll find that Billy Connolly is British.

I don't have wild dogs chasing people with scripts away from my door. I get my share. I've done okay. But I usually do independent stuff because that's mostly what I'm offered.

But still, I kept thinking, if I'm still troubled by this, if I'm still carrying it around like a big rucksack full of bricks and my father's dead, I need someone to tell me how to get rid of this great weight. . . . The most awful thing was that it was kind of pleasant physically, you know. That's why nobody tells.

There's nothing like it, but it's not as good as you think it's going to be. . . . I was disappointed because there are records of people finding things that have been there for years. I was hoping for a shirt button, or my club's badge -- but not a sausage.

I'm sure everyone in this room has been told a joke about that subject. I have many times and I've laughed, even though they are horrifying and shocking. . . . I think there's no boundary at all, whether it's that subject or another.

Ally MacLeod thinks that tactics are a new kind of mint.

'So, have you heard about the oyster who went to a disco and pulled a mussel?

My definition of an intellectual is someone who can listen to the William Tell Overture without thinking of the Lone Ranger.

Roses are red,
Violets are blue,
I'm a schizophrenic,
and so am I.

For years I thought the club's name was Partick Thistle Nil.

I don't know why I should have to learn Algebra... I'm never likely to go there.

The only time I would like to see was the 20s and 30s in America because I love the music and the style and the optimism, I wanted to see New York being built. I wanted to see all that, you know.

I love Los Angeles. It reinvents itself every two days.

outgrew the media ... The negativity felt like a disease.

He's a millionaire yet every few seconds had to go 'f***'. What is he trying to prove? Is he trying to show he's bigger and better than everyone else?

Do you remember that politician who died with the fishnet tights and all that? Aw, his poor family. I wonder how they dress him in the coffin?


Quotes for Today:
BeSt ThInGs iN LiFe, aRe NoT tHiNgS.


Better to keep your mouth shut and let people think you`re stupid rather than open your mouth and prove it!!

Blind Faith in Bad Leaders is not Patriotism.