When Chuck Norris does a pushup, he isn’t lifting himself up, he’s pushing the Earth down.

Chuck Norris can lead a horse to water AND make it drink.

Chuck Norris doesn’t wear a watch, HE decides what time it is.

Chuck Norris CAN believe it's not butter.

The bogyman checks his closest every night for Chuck Norris

Some people sleep with a gun under their pillow, Chuck Norris sleeps with a pillow under his gun.

Chuck Norris destroyed the periodic table, because he only recognizes the element of surprise

Chuck Norris is the reason Waldo is hiding

Chuck Norris' tears are the cure for Cancer. Too bad he's never cried.

Chuck Norris was once put on the wrapper for a toilet paper company. The company field tested it but it didn't work because Chuck Norris doesn't take crap from nobody.

Some kids piss their names in the snow. Chuck Norris can piss his name in concrete.

Chuck Norris built a time machine and went back in time to stop the JFK assassination. As Oswald shot, Chuck Norris met all three bullets with his beard, deflecting them. JFK's head exploded out of sheer amazement.

Chuck Norris will never have a heart attack. His heart isn't nearly foolish enough to attack him.

Chuck Norris is the reason why Waldo is hiding.

Chuck Norris can set ants on fire with a magnifying glass. At night.

Chuck Norris can kill two stones with one bird.

Chuck Norris destroyed the periodic table, because he only recognizes the element of surprise.

Chuck Norris can sneeze with his eyes open.

And my favourite one is.. Chuck Norris recently had the idea to sell his urine as a canned beverage. We know this beverage as Red Bull. 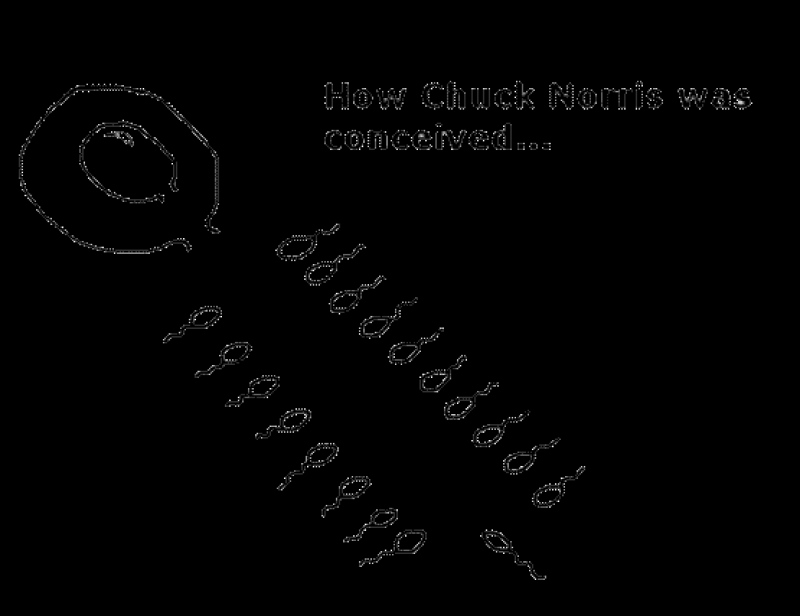 
Quotes for Today:
There are only 2 kinds of software, Beta and obsolete.


There are two sides to every divorce: Yours and shithead's.


There are two ways to write error-free programs. Only the third one works.