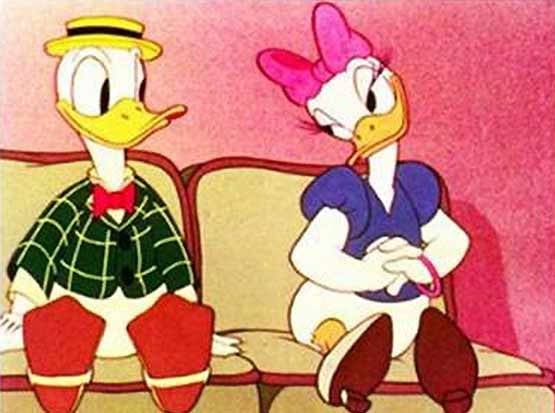 Donald Duck and Daisy Duck were spending their first night together in a hotel room and Donald wanted to have sex with Daisy.

The first thing Daisy asked was, "Do you have a condom"?

Donald frowned and said, "No".

Daisy told Donald that if he didn't get a condom, they could not have sex.

"Maybe they sell them at the front desk", she suggested.

So Donald went down to the lobby and asked the hotel clerk if they had condoms.

"Yes, we do," the clerk said and pulled a box out from under the counter and gave it to Donald.

The clerk asked, "Would you like me to put them on your bill"?


Quotes for Today:
Whenever you are depressed and think that you've lost, remember you are the same sperm that once won the battle To survive among millions of your kind.


Why do men fart more than women?
Because women can't shut up long enough to build up the required pressure.


Wisdom doesn't automatically come with old age. Nothing does - except wrinkles. It's true, some wines improve with age. But only if the grapes were good in the first place.
Abigail Van Buren (1918 - ), 1978