Why do we call this last group Generation Y?

I always thought it was because they say....

Y... should I leave home and find my own place ?

Y... should I wash and iron my own clothes ?


I did some further research and here's anothe answer:

The cartoonist explained it very eloquently... 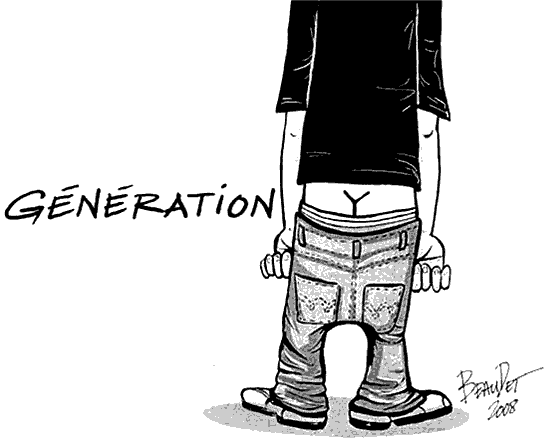 
Quotes for Today:
Woman is a miracle of divine contradictions.


Women are like elephants. Everyone likes to look at them but no-one likes to have to keep one


Women don't try as hard as men during sex; after all, they don't fall asleep afterwards.